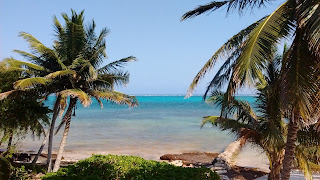 To Play Or Not To Play

The Isthmus club listings may say “Big Wes Turner’s Trio at The Essen Haus!” this Thursday, but it is not to be. Our resident guitar magician Gary Hendrickson blew out a knee. Ouch! Last minute moves to find a substitute came up short. So come Thursday, whomsoever is making music at the Essen Haus, won’t be the Big Wes boys.

We’re not sure how long it will take to Gary back on his feet, but luckily, Grammy-winning guitarist Billy Flynn (so awarded for his work on the Cadillac Records movie soundtrack) will be filling in at The Essen Haus on March 31 and April 7. Billy is a longstanding star of the Chicago blues scene, but don’t be surprised to hear him pull out his repertoire of Surf Guitar instrumentals.

In other news, Big Wes drummer Rick Becker will be performing for the monthly Mazomanie Music Conservancy concert on Friday, March 4. It’s an organization dedicated to enjoying food, drink, good company, and appreciating live music inside an old church in Mazomanie, Wisconsin. If you’re in the area, check it out.

Big Wes bassist Tom McCarty will be playing at Tyranena Brewing in Lake Mills, along with Frankie Lee (harmonica) and Mel Ford (guitar). You can come for the beer and stay for the music, or the other way around, or just come for the beer. Proprietor Rob Larson has made Tyranena a great showcase for Wisconsin roots music, and that would be reason enough to show up, but it needn’t. Tom testifies that Tyranena’s  beers are as good as any in the state (he confesses to a particular partiality for Rocky’s Revenge bourbon barrel-aged brown ale).

Next day, Sunday, March 6, the same three musicians will be joined by drummer extraordinaire Mark Haines (see Williamson Magnetic Recording Company) to become The Maintainers, a not-so missing link to the Madison blues scene of the 70s and 80s. The music starts at 6 pm at TheHarmony Bar and Grill.

On Wednesday, March 9, Tom journeys up to Waupaca and The Wheelhouse to join drummer and host Tony Wagner (formerly of Milwaukee Bucks house band, Street Life), guitarist Perry Weber (of Perry Weber & the DeVilles, and The Jimmys), and keyboardist Larry Byrne (of the amazing Manitowoc band Grease and longtime member of Doctor Bop & The Headliners).