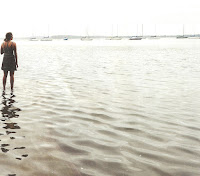 It's been more than a little while since we've talked about BIG WES Turner's Trio. Why?

In a word, COVID. Some might say the Trio was already ready to be put out to pasture, but I have it from the source's mouth that they were all willing and able to keep rockin' and rolling along, as long as they were relatively healthy and there were venues and occasions in need of their brand of Rockin' Rhythm & Swingin' Blues.

Well, COVID shuffled the deck for bars and clubs, and most parties were postponed or canceled. Then, as this and that ache and pain starting taking a toll, the continuation of the BWT combo became conditional. They're still alive, but not kicking quite as hard nor as often.

When the BWT Trio saddles up to ride again, we’ll let you know. Meanwhile, we are urgently concerned with more important matters.

On Tuesday, November 8, Wisconsin votes. This election is incredibly important. Everyone who can vote, should vote. Must vote! No excuses.

Pardon the understatement, but there is a lot at stake. The rights of women to get the health care they need. The survival of Social Security system. The avoidance of taxation by the very wealthy, and more. But for my money there is nothing more important than taking action on the climate crisis. Our forests are burning, our rivers are flooding, and our oceans are rising.

What about the inflation? What about the economy? Dude! Without air to breath, water to drink, and crops to eat, there is no economy. Without a healthy, livable world, we have nothing.

We need to fix this, and we can, but not if we elect leaders who refuse to believe scientists or even their own eyes.

Both Ron Johnson and Tim Michels are climate deniers. They don’t want to fix anything because they can’t (or won’t) admit that anything is broken. Instead, they are fine with throwing more fuel on the fire.

So please, if you care about anyone besides yourself, if you feel any responsibility to future generations, you must VOTE for Tony Evers and Mandela Barnes.

You don’t have to consider them perfect candidates. You don’t even have to like them. But you can't expect anything to improve without leaders who are willing to accept the reality of the climate crisis and willing to work toward solutions.

Please! Do not be fooled by the flood of TV and online advertisements that want to make you afraid. Electing climate deniers is what we really should fear. If you want to live in a world worth passing on, vote for Evers and Barnes.

Posted by tmmcmusic at 3:28 PM No comments: