Attack of the Antique Earworm

It seemed to come out of nowhere. Unexpected. Unbidden. A tune, a musical phrase, a hook. But not from nowhere, of course. Rather from the distant past, those days when the brain was young and spongy, impressionable, formative, when a song, or just enough of one, could get stuck in the tissues and lie in wait (for decades!), waiting to bubble up and pop open in a moment of blissful empty-headedness.

So it was recently with Far Away Places. An innocuous melody. A dreamy, drifty, waltzy kind of thing. One day I’m walking along and there it was, singing itself plaintively inside my head in a voice much like my own, filled with a simple longing. All I could remember of its origins were that they went way back. Far away places, are calling to me... I hardly knew the words at all, but the melody and sentiment were alive in my head. I “knew” it by feeling. 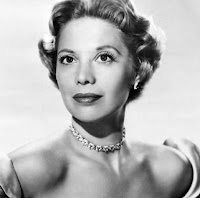 Not so very long ago I would have started asking around, browsing used record racks, trying to track down the source of this thing. Now, like the rest of the world, I go to Wikipedia or YouTube. There I learn that it was written in 1948 and soon became nearly simultaneous hits for Margaret Whiting and then Bing Crosby, followed soon after by Perry Como and Dinah Shore (pictured). All were released before I was born, but because I remember The Dinah Shore Show playing on the family TV set, I suspect it was her version that planted the worm.

I found a Willy Nelson version on YouTube (a duet with Sheryl Crow), and nothing wrong with it (we love Willy), but also a Sam Cooke version, more proof of his voice’s Midas touch (we idolize Sam).

But what’s with earworms, anyway? The surprise appearance of Far Away Places hit a sweet spot for me, but don’t we think of earworms as annoyances? Songs that you once wished you would never hear again, yet keep coming back to vex you like an old injury? You know. The Pina Colada Song or Afternoon Delight or Muskrat Love?

I have a vague sense of the term taking hold in popular usage some years back and wondered if it would even turn up in any of my dictionaries. It didn’t. But the Merriam/Webster online dictionary had it: “a song or melody that keeps repeating in one's mind.” Okay, very succinct. But what about an OED-style reference to the date of a first-published use of the word.

My oldest dictionary (The Oxford Universal Dictionary on Historical Principles, copyright 1955) refers me to “corn” for clarity on “earworm” but the entry preceding it, "earwig," catches attention. Yes, we're talking about those nasty insects with the rear-end pincers, suspected by our ancestors of crawling into ears and taking up residence in brains (“wicga” means insect in Old English). OED tells us that “earwig” as a transitive verb means “to pester by private importunities; to bias by secret communications; to insinuate into the confidence of,” and as a noun means “a whisperer, flatterer, parasite.”

So, while earworms may pester us, or somehow insinuate themselves into the fiber of our consciousness, they are unlikely to ever feel as negative or threatening as earwigs. Like worm holes, those possible interstellar portals to the past, future, or who-knows-what kind of far away places, ear worms, mysterious little burrowers in our brains, may turn out to be good things, at least occasionally.

Saturday, January 28
Come on out to The Pfharmacy in Lake Mills to hear The Birdddog Blues Band. It's the new beer-and-music venue  to the nearby Tyranena Brewing. 7 to 10 pm

More stuff in the works. Check back.

Posted by tmmcmusic at 8:20 AM