Into the Great Alone

Last we heard from Big Wes Turner, he was still sheltered in place on the leeward side of a remote island. (If I knew which, I'd say so. He doesn't give a lot away.) BIG WES Turner's Trio has no gigs booked before the month of May, and those may happen or not depending on the shape of "the curve." When we know, we'll let you know.

As for the way things are? Well, dogs are loving it. It seems like everybody in our neighborhood is out taking walks, with or without dogs, sometimes with the kids on their kiddie bikes. It's an idyllic suburban scenario from our window, but of course it ain't like this everywhere. New York comes to mind. But getting outdoors into spaces where physical distancing is practical is a great thing. Take advantage. Savor it.

Other than the daily stroll, lives are slowing down to a near standstill (because it's the only move we have to slow down the COVID virus). At that pace we start to notice things. What is essential and what's not? What has changed and what hasn't?

For musicians, one thing doesn't change; you still have to practice. Musicians are "small muscle athletes." We may not break much of a sweat, but we still need to work out. A great pianist (might have been Rachmaninoff) said, "If I skip a day's practice, I notice; if I skip two days, my friends notice; if I skip three days, my audience notices." Musicians such as I are far below Sergei's pay grade, but the general rule still applies: use it or lose it. A live audience can create a feedback loop of artistic energy, but the players still have to bring some chops to the show. So the work continues. The sudden befalling of "The Great Alone of 2020" makes the practice room that much more a logical place to spend time.

But Hey! You don't have to be a musician to have something better to do other than stream shows over the interweb or listen to the inane droning of "the daily briefing." There are better ways to pass your time or focus your mind. Here are some recommendations: Pull out some of those albums you listened to over and over again years ago. Or some you never really paid much attention to. Close your eyes and give them the "test of time." Or read that book or three you've been meaning to. Or take up that craft you put down. Darn some socks, darn it. Hell, learn how to sew your own face mask. There's a practical skill. Once you get going you'll likely discover endless possibilities, many of which will require zero bandwidth or even electricity! Imagine!
Now shut me off and get to it.
P.S. If you're not a Ukrainian bot, please post a comment.
Posted by tmmcmusic at 9:36 AM No comments:

Great Snakes! Is it March already? Where have we been? Marching? Are we in Pretoria yet?

Personally, I detect a haze of malaise, a miasma of morning-after Super-Tuesday stupor. Do you feel it, too? Hope it’s not a touch of the COVID 19. But, if it were, how would you know? Have you soiled yourself? Are you spewing sputum? Are you self-quarantined? Or just overreacting, like most of us?

Well, buck up, Buttercup. The sun is shining and it’s a beautiful day in Wisconsin. Take an invigorating walk, or mix up a fortifying cocktail. Ahhhh, that’s better.

Now we’re ready to join in the celebration of Women’s History Month—Call your Mom, write to your sister, and most importantly, tell that special lady, “I love you!” AND “I respect you, and all that you and your sisterly half of humanity has accomplished. Here's looking at you, Kid.”

There! See how much we’ve accomplished already, and it barely noon. Congratulations to us!

One more question, though: Where’s Wes?
The safe answer is: Off the grid. 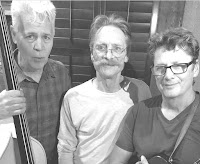 However, BIG WES Turner’s Trio is easy to track down. The surest way is to invite them to play at your establishment or residence for any event that calls for eclectic selections of American music.

Mark your calendars for Friday, May 1, 2020 when Tom, Rick, and Gary play at Mazomanie Music Conservancy (in Mazomanie), and two weeks later at Tyranena Brewing in Lake Mills (Friday, May 15). Check this space often for updates on the downbeats.

Thursday, March 5
The Birddog Blues Band keeps Thursdays bluesy and funky at Tofflers in New Glarus. If you’re on Madison’s West side, Tofflers ain’t no further Madison’s East side. Music starts at 8 pm. See you there. 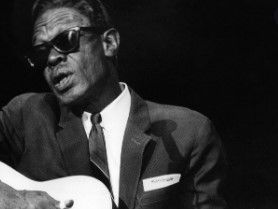 
Posted by tmmcmusic at 1:36 PM No comments:

Hey. It’s been a while. Where have we been? Did we go into hibernation? Like you, many people have been wondering.

Well wonder no more. We’ve been here all along. Here in the midst of a deep and tenacious fug of seasonal depression. The news. The climate. The in-laws. What’s NOT to be depressed about?

But finally, the Feast of the Three Kings has passed. The “season” is officially over and the dried out pine trees appearing along the curbs are proof of it. Daylight lengthens. And, it finally snowed in Wisconsin! Who has time for hibernation? We gotta get out there and shovel. Hallelujah!

Taverns and bars and grills and venues aplenty are tempting you to venture out of your caves and into theirs for the sampling of food, drink, and musical entertainment. It’s what we-sconsin do.

Let the McMusical calendar (below) help you with your decision making processes.

Speaking of hibernation, we are thrilled to feature our very first "paid" advertisement (see below).

Saturday, January 18
The Birddog Blues Band holds forth at Kleeman’s Bar in New Glarus (Wisconsin’s Little Switzerland). Is the combination of Ken “Birddog” Olufs on harmonica, Mel Ford on guitar, Mark Haines on drums, and Tom McCarty on bass the hands-down best blues band in Madland? Yes. Downbeat at 7 pm.

Friday, January 24
The Birddog Blues Band gets down and dirty at Madison's home of the Blues, The Knuckle Down Saloon. Music starts at 8 pm.

Friday, January 31
The Sparks Band persists with their list of 60s hits at Rex’s Innkeeper in Waunakee. Do you wanna dance? Here’s your chance.

Thursday, February 13
The Sparks fly again. Big hunks of burnin' love, Baby. This time from 7 to 9 at Vintage Brewery in Sauk City.

Check back for updates and additions.

[Ad]
Does a bear shit in the weeds? No. It shits in the woods.*
Embarrassing mistakes like this are why you need…

Use are well-respected proofreading an editing service. Its guaranteed to make all you’re writing come out smelling like Daisy!

*(Interestingly, the Pope, too.)

Posted by tmmcmusic at 1:08 PM No comments: